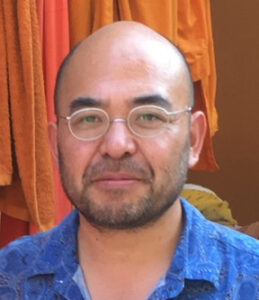 Topology of religious places of worship in Southeast Asia

For going beyond the conventional typology of Southeast Asian religion, which applies the division between world religion such as Buddhism and local religious culture includes animistic elements, this study investigate religous places of worship in the region by paying attentions to people’s practice obserbable at those sites for the purpose of presenting the new framework for describing local religious culture in Southeast Asia.

This aims to re-examine the universal concepts of social scienice such as democracy and publicness by exploring the dynamism of creation/expansion of public sphere in post-conflict societies such as Cambodia. It expecially pays attention to the process how the people think and move into action for benefits of the one who do not know names includes subsequent generation. Cambodia is the main area of study, but it will make comparision with the situationin East Timor and Myanmar.

Role of diversity in resilience of livelihoods and life

This is to investigate the significance of diversity in human lives. With the special attentions to the function and role of diversity in livelihoods of rural polulation in Southeast Asia, it would illustrate the actual process of social changes in the era of moderninzation and globalization, which would show a kind of decline of diversity based on a locality. Moreover, it will try to cultivate a philosophical argument on the desirable future development paths for rural communities in the region through dialoges with local villagers, development practicioners, government agencys and academiscs in diverse disciplines.