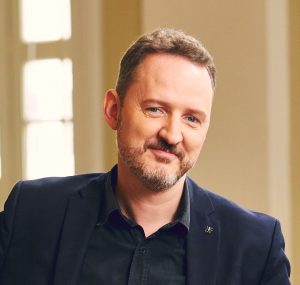 Stephen Murphy specialises in the art and archaeology of Buddhism and Hinduism in first millennium CE Southeast Asia with a particular focus on Thailand, Laos, Cambodia, and Myanmar. He also concentrates on Maritime trade and connections between Southeast Asian cultures, Tang China, and the Indian Ocean world in general. His museological focus engages with methods of curating Asian Art in the context of colonialism and post-colonial studies, and debates surrounding the decolonising of museums. He does this both within a Southeast Asian and a global context. He also looks at issues of object restitution with a particular focus on Thailand and Cambodia.

He is currently working on converting his PhD thesis into a book publication due out in late 2022/early 2023 with NUS Press (with the Southeast Asian Art Academic Programme, SOAS University of London). Titled Buddhist Landscapes of the Khorat Plateau: Art and Archaeology of the 7th – 11th Centuries" it explores the art historical and archaeological evidence for Buddhism on the Khorat Plateau (Northeast Thailand and Central Laos). The arrival of Buddhism represents a watershed moment in Southeast Asia. New forms of sacred art, iconography and architecture blossomed and the religion acted as a catalyst for social change. In northeast Thailand and central Laos, this is best illustrated by a variety of archaeological, artistic and architectural remains spanning the 7th-11th centuries CE. The material ranges from surviving monastic architecture to votive tablets, inscriptions and Buddha images in stone, bronze or carved into rock-faces. The most comprehensive evidence however, comes in the form of ornately carved sīmā, monumental stone boundary markers, which can be decorated with scenes from the Life of the Buddha, jātaka tales or stūpa-kumbha motifs. Settlement patterns, archaeological sites and the region’s river systems also play vital roles in understanding the movement and nature of Buddhism in the Khorat Plateau.

The book represents the only comprehensive study of this region (Khorat Plateau) during the period in question (6th – 11th centuries).

Before joining SOAS in November 2020, Stephen A. Murphy was Senior Curator for Southeast Asia at the Asian Civilisations Museum, Singapore (2013-2020). Prior to this he worked at the Metropolitan Museum of Art, New York (2011-2013), as a research associate for the Lost Kingdoms: Hindu-Buddhist Sculpture of Early Southeast Asia exhibition (April 14–July 27, 2014).

As an undergraduate at Trinity College Dublin, Stephen read Ancient History and Archaeology at the Department of Classics and minored in Biblical and Theological studies at the School of Religion. He did his MA at the Department of History of Art and Archaeology, SOAS in 2001-2002. For a number of years before and after this, he worked as a professional field archaeologist in both Ireland and the UK. He returned to SOAS from 2006 – 2010 to undertake his doctoral studies. His thesis, The Buddhist Boundary Markers of Northeast Thailand and Central Laos, 7th-12th centuries CE: Towards an understanding of the archaeological, religious and artistic landscapes of the Khorat Plateau, documented the spread of Buddhism into this region and its subsequent development by focusing specifically on Buddhist boundary markers (Thai, sema/เสมา; Pāli, sīma).

During his time as Senior Curator for Southeast Asia at the Asian Civilisations Museum, Stephen curated four special exhibitions and two permanent galleries. From 19th September – 17th October 2019 he curated Poverty Quilt/A Year in Java: Jimmy Ong at the Asian Civilisations Museum which displayed Ong’s latest work on the topic of colonialism in Southeast Asia and the figure of Sir Stanford Raffles. That year he also co-curated a special exhibition jointly organized with the British Museum titled, Raffles in Southeast Asia: Revisiting the Scholar and Statesmen (February 1st – April 28th 2019). In 2018 he co-curated Angkor: Exploring Cambodia’s Sacred City, masterpieces of the Musée national des arts asiatique—Guimet (April 8th – July 22nd 2018) and in 2016-17 he curated a special exhibition from the National Museums of Myanmar titled, Cities and Kings: Ancient Treasures from Myanmar (Dec. 5th 2016 – March 5th 2017).

In 2015 he curated the Tang Shipwreck Gallery, housing the Tang Shipwreck Collection. It comprises of a remarkable cargo of more than 60,000 ceramics produced in China for export to the Middle East during the Tang dynasty (618–907), as well as luxurious objects of gold, silver and bronze. More than 1000 objects from this shipwreck are displayed in the gallery and tell the story of globalisation in Asia long before the term was coined. In 2018, he co-curated The Ancient Religions Gallery which exhibits Hindu, Buddhist, and Jain Art. It discusses their origins, their spread across Asia by land and by sea, and their localisation on each step of the way.

At SOAS, Stephen currently sits on all three Southeast Asian Art Academic Programme sub boards and is committed to building equitable partnerships with Southeast Asian institutions and colleagues to further the study of Southeast Asian Buddhist and Hindu art and archaeology. In October - November 2021 for example he co-convened a webinar series with Conan Cheong and the Asian Civilisations Museum, Singapore on Decolonising Curating and the Museum in Southeast Asia. He works closely on the professional development of current and alumni Alphawood Scholarships students. One of the ways he does this is through coordinating internships with institutions such as the British Museum and the Rietberg Museum, Zurich.