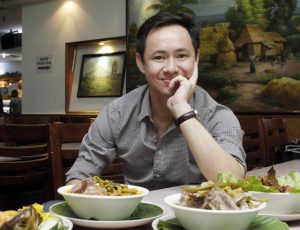 Julius BAUTISTA is Associate Professor at the Center for Southeast Asian Studies, Kyoto University, Japan. He was previously a Senior Lecturer at the Department of Southeast Asian Studies at the National University of Singapore. He received a PhD. in Southeast Asian Studies (anthropology and cultural history) at the Australian National University, and has subsequently published on religious practice in Asia, with a focus on Christian iconography, religious piety, and the relationship between religion and the state particularly in the Philippines and Timor Leste. He is author of “Figuring Catholicism: An Ethnohistory of the Santo Niño de Cebu” (Ateneo, 2010), editor of “The Spirit of Things: Materiality and Religious Diversity in Southeast Asia” (Cornell SEAP, 2012), co-editor (with Francis Lim) of Christianity and the State in Asia: Complicity and Conflict (Routledge, 2009), and author of “The Way of the Cross: Suffering Selfhoods in the Roman Catholic Philippines” (Hawaii, 2019).