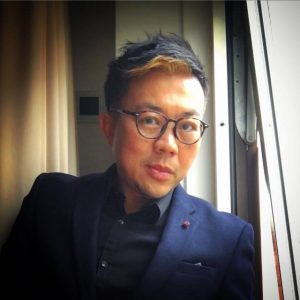 I worked on the topic of foreign relations of Thailand. In the case of Thailand, I argue that changing international circumstances have allowed the military regime to entrench itself in the political realm and to exploit the latest global trend to achieve self-legitimization. In this new trend, China has emerged to shift the regional balance of power and contest the hegemony of the United States, now with President Donald Trump at a wobbly helm. Elsewhere, democracy and regionalism is being seriously challenged, as prevalently seen in Europe and Asia. Riding on such trend, the Thai military government is steering the country closer towards not-so-democratic states in the region while moving its foreign policy away from its traditional allies in the West. The Prayuth Chan-ocha government is content to take advantage from the growing anti-democratic tendency as a way to fulfill its legitimacy on the global stage.

Thailand’s democratisation and the middle class

As for the case of Myanmar, it now faces a “crisis of community” which affects its foreign policy actions and interpretations. Deep-seated legacy issues have beset the NLD government up to its mid-term mark in 2018 and will possibly even affect the 2020 elections. Foremost among these is dealing with ethnic conflict and communal strife, which now define Myanmar’s political moment. International attention has been seized by the political and humanitarian implications of the largest exodus to date of Rohingya communities from Rakhine State (UN estimates place it close to 700,000) in the wake of harsh military operations on Rohingya communities in Northern Rakhine, following attacks by the Arakan Rohingya Solidarity Army (ARSA) in August 2017. My own observations and assessment of the country’s foreign policy trajectory sees the instinct for survival as a constant link through different iterations of foreign policy over the decades. We argue that this self-preservation instinct may compel the government of Myanmar today towards a new form of neutrality.