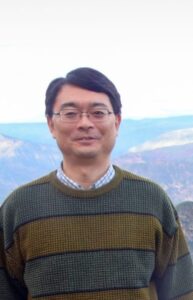 Between 1980s and 1990s, Latin America witnessed two fundamental changes-transition to democracy and the introduction of neoliberalism- were realized simultaneously. This changing dynamics has had great impacts on the previously existing politics, economy and society in the region. This study focuses on Latin American countries which have gone through the changing dynamics and have been facing their effects on each society, in order to make comparison and find out similarites and differences among them. By doing the research, it aims also at making up analytical frameworks to make comparison between Latin America and other parts of the world. Concretely, this study takes up mainly the topic of changing dynamics of State-society relations, particulary the penetration of neoliberalism and its effects on the poticial society and political parties.

This research complements the above-mentioned study of macro-analytic level and at the same time verified its findings. It focuses principally on Peru and analyses its specifc cases of State-society relations. Until now diverse movements and organizations in shanty towns such as grass-roots movements of local residents or wemen’s movements and organizations which alliviate their poor situations sindicats political parties have been taken up. Now the efforts will be made to complete the analysis of local elections processes in a province of Andean highlands in Ayacucho Peru which the author has followed since 1998.

Empirical Analysis of Political Attitudes and Participation in Latin America

This research focuses on political attitudes and participation of citizens and voters, and analyzes quantitatively and estadistically the results of opinion poll of 2,006 persons conducted in Peru. The opinion poll has been realized in 2017thanks to the Grant-in Aid for Scientific Resarch of JSPS. This study’s main activity is to analyze the results of this opinion poll. As well as the analysis of the opinion poll, it will make comparison with the results of the previous survey carried out by the author in 1999.