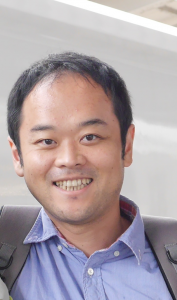 Writing History in America’s Shadow: Japan, the Philippines and Question of “Pan-Asianism”

In both cases of the Philippines and Japan, the US occupation launched a new history that justifies US rule under the name of progress, democracy and freedom while locating the preceding periods, the Spanish colonial period for the Philippines and the wartime militant regime for Japan, as “the dark age.” For the sake of liberation, US violence upon pacification was even considered a necessary punishment. In each historical consciouness of the Japanese and Filipino, the US brutality was not clearly recognized because of the modernization that US benevolently brought to the two countries. Today such a kind of US foreign practice turned out to be no longer efficient due to the US failure bringing modernization and order in the Middle East. Furthermore the rise of China’s presence in Asia has weakened the US hegemonic power in the region. This study aims at promoting interactions among Japanese and Filipino in terms of sharing the defeat experience by questioning peace and democracy guaranteed by US hegemonic power.

“Indigenization” of Communism in the Philippines during the 1930

I have newly conducted an archival research in the Comintern Archives in Moscow in order to research how the idea of Communism was spread in the Philippines. During the 1920s to 30s, there were the peasants uprisings called “Korolums” or “Sakadalistas.” My archival research suggests that CPP frequently received the instructions from the Comintern to ally with other peasant uprising groups in order to undermine the US imperial as well as the commonwealth government regimes. In fact the leaders of the peasant uprisings and CPP had meetings and this suggests the former binary understanding between left and right is not adequate to apply to understand the dynamism of social movements, then.