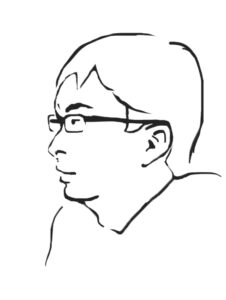 The progress of globalization has advantages such as promotion of political integration and improvement of productivity by international division of economic activity. There are also negative aspects such as global environmental issues, terrorism and the spread of infectious diseases and food-borne pathogens worldwide. As one example, with the increase in transboundary migration of humans, animals and goods (including food) in the world, the global spread of animal infectious diseases is increasing (transboundary animal infectious disease, TAD). When TADs such as African swine fever (ASF) and foot-and-mouth disease occur in an eradicated country, its economic loss is huge. It is speculated that ASF has invaded Georgia from Eastern Africa in 2007, due to illegal dumping of food waste left by cargo ships. After that, the spread of ASF continued in Russia and Eastern Europe, and then, ASF invaded China, North Korea and Southeast Asia from 2018, and it has become a pandemic now. As ASF invades China, which accounts for half of the world’s pig breeding population, there is a concern that it will have a serious socioeconomic impact on the world’s pig farming industry. The global economic loss caused by the ASF pandemic, which has been in existence for over 10 years, is estimated to be more than $ 150 billion (about 16 trillion yen) (Estimated damage amount only for Africa, Eastern Europe and Russia). Contributions to early detection and early containment of TADs are required at the global level.

If you experience fieldwork and technical support in various parts of the world, thanks to the constant efforts of our predecessors, we can feel that the local researchers have an image of a sophisticated science and technology holding country with respect to the current Japan. Since they have a sense of trust and affirmation on our developed technology, we can proceed international collaboration smoothly. On the other hand, Japan has once suffered from epidemic of waterborne and zoonotic diseases such as cholera and rabies that are still important issues in many areas of the world. Although such these epidemic are one of the inevitable problems as a negative aspect of globalization, the development and spread of new technologies and international networking have been the keys to solve these tasks in the past and today. By developing new versatile and reliable testing methods that meet international standards and contributing the spread of the method both domestically and overseas, rational administrative policies aimed at controlling various infectious diseases and ensuring food safety can be strengthened. By conducting such transdisciplinary collaboration with overseas researchers, we can achieve a catch-up style social development based on the introduction of advanced technologies from overseas, which is also a journey that Japan has continued since the Meiji era. We would like to contribute to the solution of tasks in the fields of food hygiene and infectious disease control all over the world.