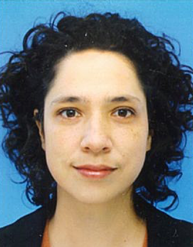 In order to contribute to the renovation of urban and regional planning theory, this research axis takes into consideration the debate about planning cultures based on the intelectual history of planning across regions (Stead, Vries Tasan-Kok 2017; Sanyal 2005). The main obejctive of this research axis is to clarify how certain spatial models and theories have been transferred and adapted to local contexts since the modern period. A specific interest for understanding the tensions between internationally bred theories and local realities orient this research axis. In other words, this research axis aims at clarifying universal and local aspects of the processes of urbanization and of cities’ modernization in varied regional contexts. This research axis is relevant for supporting a critical reassessment of modernization processes. The recognition of the relevance of filtering and adapting imported models and theories into local contexts may support local societies in the process of finding a balance between modernization and the preservation of local values.

In an effort to understand better the causes and effects of environmental change and its relation to human living, it is necessary to engage in an academic debate that overcome disciplinary limitations through an integrative approach to knowledge production. Focused on how humans live and interact with their surrounding environments this research axis aims to overcome the long-standing separation between nature and culture. From this point of view,” cultural environments” represent a steady baseground from where to launch the discussion. An expression used since the 1930s ( Huntington and Carlson 1933), responding to the actuality of the emergence of a conservation movement in the United States (the ultimate frontier of the wilderness imagination). This expression has found echo inside varied disciplines since the 1960s. Nowadays, an increased awareness of the intimate linkage between human actions and environmental change must still stimulate collaborative research beyond disciplinary limits for the benefit of both humans and nature.

The relevance of this research axis is stemming from its possibility to serve as a reference for the recent debate about the formulation of models and policy tools able to respond to the ongoing changes in cities and regions outside the Euro-American regions. Recent scholarship on urban studies demonstrates a growing interest in new practices for urban theorizing in order to generate updated concepts for thinking twenty-first century cities (Parnell et al., 2009; Roy, 2009). The diversity and shifting geographies of global urbanization has stimulated the proliferation of new paradigms and methodologies that critically rethink the Euro-American legacy of urban studies (Robinson and Roy 2016). The urban theories traditionally rooted in northern cities and academies are challenged and redeveloped by new perspectives, demonstrating how urban theory has developed to now as narrowly northern or Anglo-American (Lemansky 2016). For the improvement of global urban studies, the recent scholarship calls for the development of new cultures of theorization that take into account the relational multiplicities, diverse histories and dynamic connectivity of global urbanisms. Against a formulation that mystifies cities from the global South and East regions as an exotic “other” (Ren and Luger 2015), and in order to develop a point of contact between local context and universalizing theories (Waley 2016), innovative comparisons have supported the development of a viewpoint that appreciates the differences, localisms and uniqueness of the ‘nature of the urban’ in varied contexts. Following the recent scientific production trend on global urban studies this research will challenge the actual status quo with a multidisciplinary and multi-sector comparison of the spatial transformation of cities and regions in Asia and Latin America.