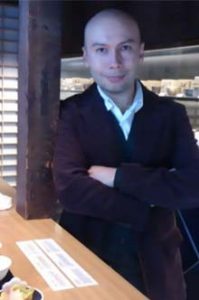 The purpose of this research is to discuss and introduce ideas on a comparative study on Corporate Packaged Food (CPF) consumption and its socio-economic implications in the marginalized areas of Mexico City and Manila. This study explores a new area of comparative regional studies that, as Boaventura De Souza, Enrique Dussel and others have pointed out, reinvigorates South-South dialogues and allows for different forms of epistemological theorization. In this regard, the study of food consumption serves as a reliable basis for contrasting realities. For this project, the platform for comparison includes both a macro and micro levels of analysis. At a macro level I ask how large multinationals such as Nestlé have strategically penetrated Mexico and The Philippines, the top markets in the Global South below China and Brazil, how these markets are sustained through the “inclusion” of the Urban Poor into regular corporative driven consumption schemes. I examine the role of Manila and Mexico City in guaranteeing the expansion of global corporate food regimes which require the domination of markets, their meanings generation and consuming bodies. At a micro level, I explore the societal impact of CPF in cooking skills and eating habits in slums of two historically related cities but with different current social, economic and political contexts.

Massive volumes of corporate packaged food (CPF) are circulating through thousands of retail businesses in the metropolitan areas of Manila and Mexico City. It is an economic phenomenon transforming society in all levels and hierarchies through food retail and consumption. On the one hand, the increasing consumption of CPF, transform neighborhoods in food swamps—places of unhealthy products—it is conditioned by the unequal socio-economic structure, visible in the precarious infrastructure of slums, and in the difficulties for poor people to acquire healthy products. On the other hand, there are specific situations at the household level, such as unemployment, individualization of cooking and eating, narcissism or diminished solidarity among neighbors, broken links rural and urban populations, among other factors weakening social ties related to food production, retail and consumption. Those structural and situation conditions are used by corporations to appropriate people’s consumption via daily delivery of affordable and locally adapted products accompanied by intensive marketing campaigns that particularly, but not exclusively, impact on children’s minds. Yet, based on a dialectic view of history, human food production and consumption does not end in a complete appropriation by capital. Some segments of society had ethical and practical responses to resist against the corporate control of their basic needs of life. A myriad of social contest and organizations inherently emerged: food movements, food networks, and people re-appropriating spaces of food production and consumption. These are characterized by a dynamic bottom-up, meaning their un-conditioning to governmental or other authorities at the top of society. People on the ground, though modestly, are building up social and ecological transformations.