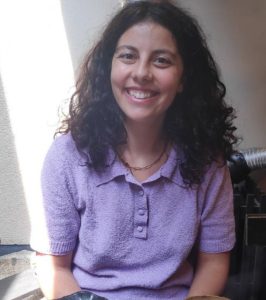 Optimization of a vaccine against African swine fever virus (ASFV) and investigation of acquired immune response in vaccinated animals.
In collaboration with the laboratory of Dra. ML Salas from CBMSO-CSIC, we are developing a prototype ASFV vaccine, which can provide protection for different virulent strains of ASFV. Including the virulent strain which today causes the worldwide epidemic.
During my PhD, I work on the optimization of this prototype, by checking the optimal vias of the administration and the doses.
In the actual scenario in which ASFV is affecting many countries, not only in Africa, where it was first described, including Asia, Europe and Caribbean, the development of an effective vaccine is an opportunity of making possible the control of this disease. Even this prototype vaccine is a live attenuated virus, and the field implementation requires biosafety concerns needed, it is an option to be used in countries affected by ASFV.
Although ASFV was first described in 1950, knowledge of immune responses is limited. A major part of my project is linked to the discovery of the mechanism behind the protective immune response developed in immunized animals. Taking advantage of our prototype vaccine and with the implementation of new techniques like RNAseq and single cell RNAseq, we were able to describe some of the mechanisms involved in the protective immune response.
Related to the detection of viruses that travel around, like ASFV and COVID, here in CSEAS, I am working on the optimization tools for the detection of a small amount of virus in saliva. That point is crucial on both diseases. In the case of ASFV the detection of the virus in the saliva of wild boards, the ones involved, spread the disease around Europe and Asia, will be very useful.